The week following Super Bowl LIII is drawing to a close, but there’s still much to discuss. Those who’ve been visiting the StatSocial blog over the past few weeks have been enjoying the many insights shared here about every NFL team’s biggest fans.

We considered the most dedicated members of each NFL squad’s audience through an array of lenses. We looked at political leanings, how friendly and emotional each team’s fans are, pizza chain and cola preferences, and varying degrees of Disney World devotion.

We even started a conversation about Super Bowl commercials.

The StatSocial tool provides a massive variety of accurate, unique, and actionable insights regarding any audience you can imagine. The advertisements aired during Super Bowl LIII’s telecast featured some inspired cobranding.

The StatSocial platform guides brands, companies, and marketers to wise and fully informed choices. StatSocial is an especially powerful advisor to those seeking mutually beneficial integrated marketing opportunities, including (perhaps especially) those that may not seem so obvious on their faces.

Internationally known communications brand, T-Mobile, featured not one, but two, collaborators in their Super Bowl LIII customer appreciation promotion. Multiple spots that aired during the game announced that T-Mobile’s customers had some free stuff coming to them. Why? Well, to quote the company directly, “just because.”

One enticement promised through this campaign is a free ride via on-demand car service, Lyft.

The other treat is free tacos, every Tuesday. These foodstuffs come courtesy of Taco Bell.

All in all, these perks are nothing to sneeze at.

The details can be found via posts on T-Mobile’s website, here and here.

Regarding the Taco Bell partnership, they shared this:

“T-Mobile and Taco Bell felt like natural brand friends, and we were just waiting for the perfect opportunity to make a partnership come to life, in a way that befits what our fans expect from us both. No question this collaboration in the Super Bowl was that perfect opportunity,” said Marisa Thalberg, Global Chief Brand Officer, Taco Bell Corp. “We cannot wait to give T-Mobile Tuesday customers and Taco Bell fans the chance to access a little ‘Taco Bell’ magic, any day of the week.”

“While Verizon and AT&T have been taking their customers for a ride for years, we’re all about giving ours a ride on us. The best customers in wireless deserve a Lyft. It’s a massive ‘Thank You’ just for being with us. For free. For real.”

We are not here to editorialize. This is also not Monday morning quarterbacking (or whatever day of the week it is you’re reading this), as these are statistics.

This is what the numbers were going into Sunday’s game. We’re providing them as a tiny sampling of what can be learned from StatSocial.

As is being concluded with increasing frequency, social media audience analysis is far more reliable than traditional research for learning public opinion(s), and predicting public behaviors. When such analysis has been calculated by matching social media data with the vast wealth of more granular, distinctive, and nuanced audience insights available throughout cyberspace — as StatSocial does with an accuracy unmatched by any other platform — there are no numbers of surveys or focus groups that can possibly tell you so much.

The below graphic shows what percentage of T-Mobile users also eat Taco Bell and/or also use Lyft. The “index score” on the far right represents the degree to which these numbers exceed, fall short of, or are in keeping with the baseline. For this, we’ve used the average American social media audience for that context. 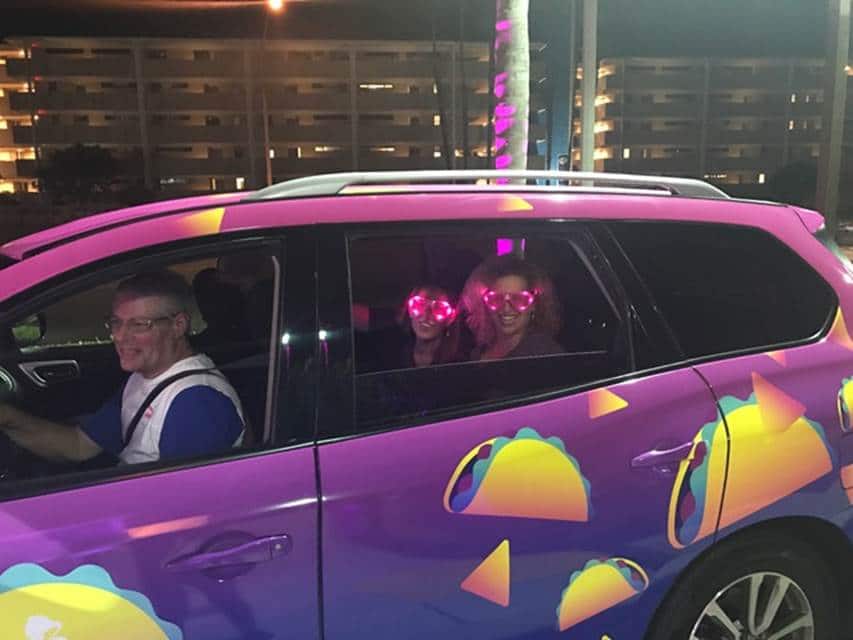 The above shows us that there is already a quite healthy cross-section of users between T-Mobile and Lyft. The proportion of T-Mobile users who employ Lyft’s services exceed the number of Lyft users found among the average U.S. social media audience by a hair over seven times. The number of Lyft users who use T-Mobile exceed the average by even a touch more, approaching seven-and-one-tenth times.

As this is ostensibly a customer appreciation promotion, right off the bat there is a real suggestion of that mission realistically being accomplished. This is something a not insignificant portion of the immediately targeted audience would want. As probably goes without noting— while significant statistically — 5.9% and 7.3% each still leave plenty of room for growth.

There are so many additional insights that StatSocial’s reporting provides that would be considered before taking action, but based on these insights, for this quick taste here, it appears that this partnership would likely be a positive one for both parties. 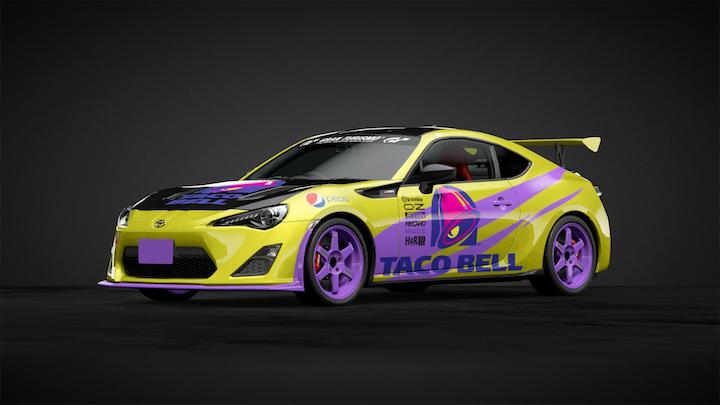 The intersection of T-Mobile users and Taco Bell diners is not as profound as what’s shown above. This suggests strong potential gains for both partners, particularly as this aspect of the campaign is more robust than than the Lyft promotion. Here, T-Mobile users are being offered a strong incentive to enter Taco Bell restaurants every Tuesday for free food.

Free grub alone has an irresistible pull, and its provision is likely to give rise to goodwill. Taco Bell, of course, has an opportunity to convert a potentially substantial quantity of T-Mobile users into becoming lovers of their food.

Based on these numbers it seems less likely that a profound number of Taco Bell devotees would jump ship on their mobile provider and switch to T-Mobile for some free tacos. Diving deeper into our insights, though, will paint an ever-increasingly nuanced picture of this audience.

What Else Could Be Learned?

To those on the market for a new mobile provider, the association of the T-Mobile brand with a customer appreciation campaign, touted from the greatest pulpit available via American mass media (Super Bowl commercials) could plant the seeds of positive association, even among those unable to benefit from the Super Bowl promotion directly.

The same would also be true of Lyft and Taco Bell.

This much is known, of course, but who will be watching? Who will be paying the most attention to the broadcast? What proportion of that segment will be the most receptive to your messaging?

StatSocial’s insights can tell you what the fast food and/or car service and/or mobile communications preferences are of both your audience, and those audiences of your competitors. You can know to what degree your audience, and those of your competitors — and any other audiences whose attentions, for whatever reasons, you’d like to attract — are NFL fans, and what proportions of those audiences are fans of each team.

You can also know the ages, incomes, political leanings, favorite TV shows, podcasts, brands of soap, casinos, and… Well, you get the idea.

Take a Sniff Around

We did a bunch of football related entries the past couple of weeks, and we invite you head over to the greater StatSocial blog here to check them out. While there you can also peruse the tons of other entries, offering all kinds of insights, studies, and deep dives to better acquaint you with the capabilities of StatSocial.

Throughout the blog are many examples of the sorts of insights that can only be gained with StatSocial.

To learn more or request a demo, click here.

How often do you use social...

What TV Shows do Employees at Leading Tech Giants Prefer?

Better understand the ‘why’ behind your customers’ buying decisions and the ‘how’ to reach new prospects.